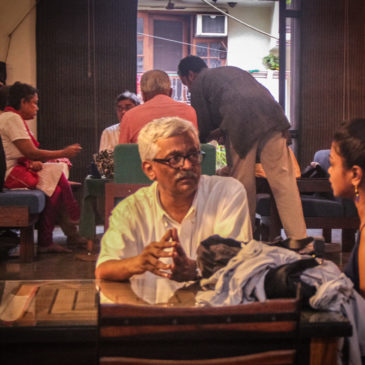 A cartoonist who has been travelling with time since he was 17, when the legendary Shankar recognised the mischievous connection-maker in him. A political observer for about four decades, who has seen our large democracy being handled by 12 Prime Ministers, starting with Morarji Desai, and witnessed the country welcoming coalition with all its ills as its chosen mode of government post-Emergency. A newspaper boy who lingers at the crossroads of memory and dream. Kaapi LILA with EP Unny revealed these facets of the man and the world about him, and more.