Shahabaz says: Our life’s milieu is the greatest radio company. It tunes us into different songs at different times. The eighties that saw the expatriate young uncle land with cassettes and player from Sony and Thompson! Talat, Mohammed Rafi, Mukesh, Manna Dey, Noorjahan, Shamshad Beegum , Suraiya, Lataji, Anmol Ghadi, Andaaz, they all came and filled our attic music clubs. The harmonium, tabla and shahi baaja, and Saigal and Baburaj… But, it is the alluring Talat who traps us — a tempering act made for the virgin earthen pot. From there one goes to the veritable Mehdi Hassan. The next lap is into the Qawwalis: Nusrat, Sabri Brothers, Abida. And one’s mind turns to the poetry of the mystics, and thus arrive Rumi, Rabia, Shahabaz Qalander, and Mahmoud Darwish. Today, Vaidyar, Mundapra, Mogral, and above all, Icha Mastan, amaze one no end. The gypsy migration of the ishals back into their own roots… Salutes. 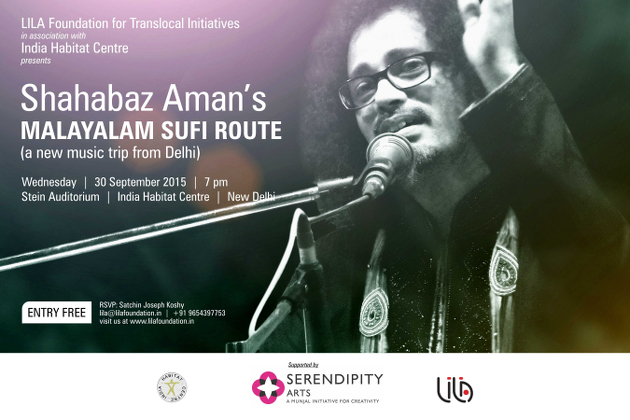 Shahabaz Aman is a musician and thinker. He seamlessly moves between the walled studio spaces where he sings and makes music for Malayalam cinema, and the expansive Ghazal evenings across India and abroad. His albums show the same philosophical strain that illumines his book, curiously titled, Om Allah! Shahabaz’s own practice of Sufi music does not stay within the frame of Islamic conventions, but becomes an intense, rather rebellious, seeking for beauty across boundaries. His non-conforming Soul of Anamika uses a collage of sounds of varying effects, thus creating a unique experience and understanding of music itself. His latest musical quest named after the number of an old jeep, KEF 1126 , presents a remarkable MALAYALAM SUFI ROUTE where dream at once mixes with the here-and-now, and the then-and-there. 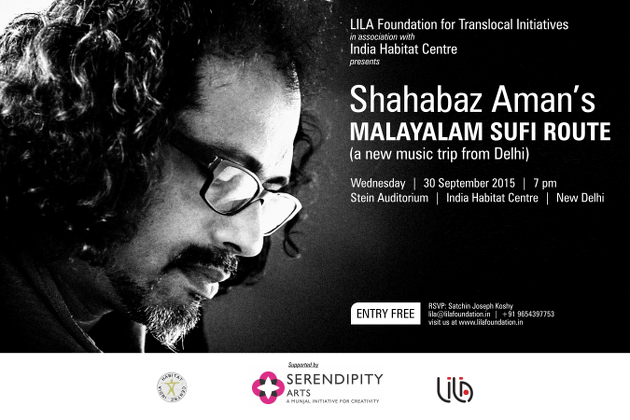