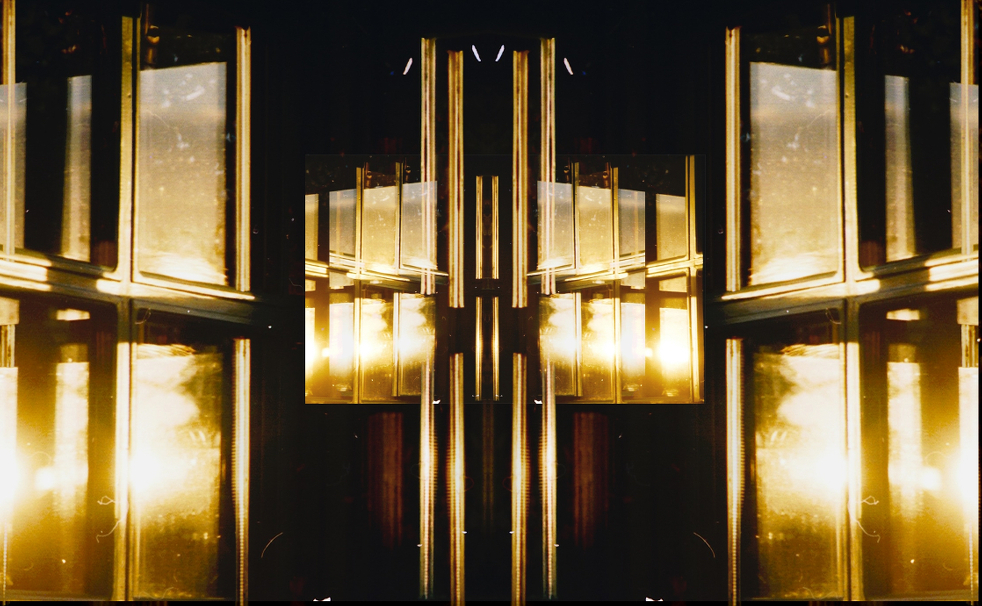 Reflections from nowhere Nyelvben I entered into a foreign langue watching in my blind gaze its sombre corridors receding into a single ray diffusing a flame suddenly aglow and the window from nowhere opens ** Studying grammar was seen as having an inherent philosophical component in ancient Indian traditions. Learning the grammar of other languages was vital to understanding their cognitional architectures from within their own framework. One of the properties of stem based languages is that there is no category of prepositions. Prepositions in subject object languages are seen as functional links having certain case values. Reductive linguists have coined the term postpositions implying that only the syntax position of these functional words is changed from front to back. In other words; to the house = house to (házba) In Magyar (Hungarian) the stem can take on a multitude of different suffixes that convey concrete and abstract dimensionality, spatial and temporal position/location, kinetic direction etc. Further these correspond to vowel harmony. Hence for the word ház (house) the suffix ba is used. However, for szem(eye) it would be szembe. As in Sanskrit there is a highly developed sound harmony structured on front and back vowels. The basic suffix set of ba/ban/ból or be/ben/ből indicates an entity that has volume wherein both kinetic direction of in and out are indicated as well as still states. Further there is a distinction between suffixes added onto words and postpositions that are separate words. (belül – inside, kívül outside túl beyond.) Locational postpositions such as front/ back all come in sets of three expressing state and kinetic direction.

Further suffix endings of directional movement can also prefix verbs. On the other hand, the ending ben may also be used with an adjectival attribute or a locational postposition (közben). In other words, the affix itself may change the way a word is used and cognized. Thus the word nyelv which means language as well as tongue when predicated with the ending ben implies a dimensional state. Hence the moment one sees/hears a specific marker there is an inherent cognition of whether a state or movement direction is implied. The concept of a state can apply both to time and space. This is very different too from the case structures of other non stem based languages such as German. It is also different from the case structure of a stem based language like Sanskrit. The gamut of both these kinds of markers (whether as suffixes/prefixes or as separate words} build a complex linguistic architecture and topos of space-time and its kinetics axle. The potential for abstractive poesis is enormous. Szemben – in the eye/gegenüber Sometimes the gaze en face lets fall a drop into the eyes and I watch the track of one language elongating into another **
Next article: The Hills Have Eyes
Giti Thadani studied several languages – Sanskrit, Hungarian, French, German and Italian. On a visual level worked as a researcher, archivist on ancient temple graphics, figurative and architectural traditions and aspects of experimental cinema. As a visual composer made several silent films for a joint dance performance with Bharatanatyam dance (Vyuti) and Drops from Nowhere with the piano. Had several exhibitions, inter disciplinary seminars on different aspects of the above and the role of different kinds of sensory intelligence.

The Hills Have Eyes

Linguistic Particles: A Physics of Language