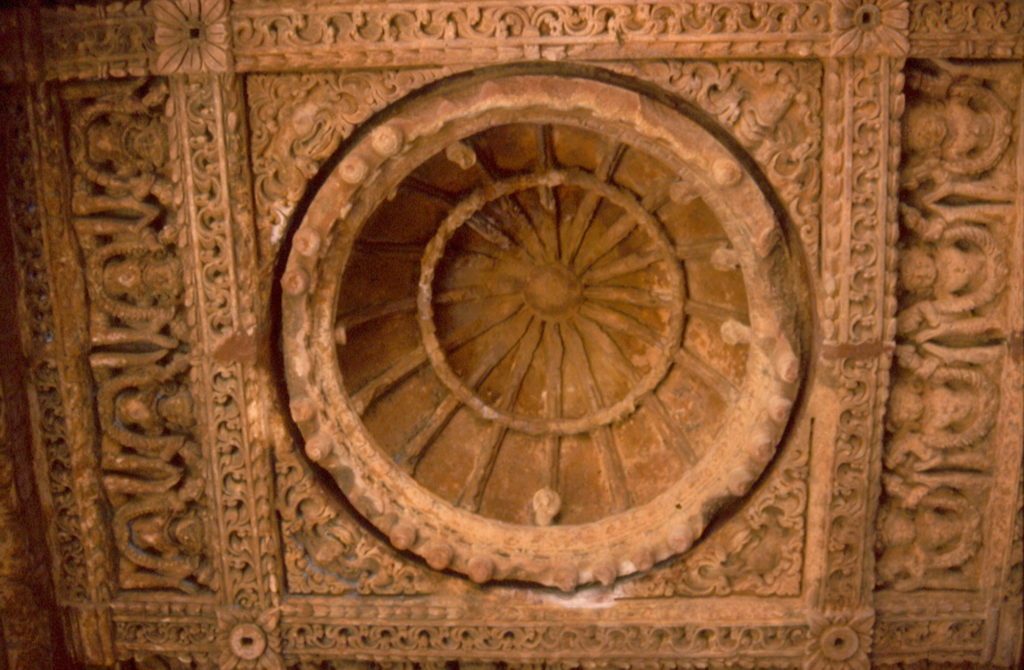 Not one extra note. Every note must live – Jean Sibelius (Finnish composer) Thoughts without words: Transit to linguistic form A feature that marked my linguistic journey. English was cumbersome – it needed too many words to convey these formless thoughts whose passage to form lay in fine minimalism. It was only when I started relearning Sanskrit as an adult that I gradually became aware of the passage to linguistic form/space. Learning Sanskrit in school had been a gymnastics of mental memory – both acoustic and visual - mathematical tables of roots with endings – a series of woven patterns. Unlike Latin and Germanic languages, Sanskrit syntax is flexible. There is neither a fixed subject – verb- object nor redundant articles & prepositions. Instead there are roots with different prefixes and endings which give them verbal or noun case functions. Thus कृ kri = do/act/ verb, कृति kriti-creation noun. आकार /Aakaar –form. There are seven case functions in Sanskrit. The first case is निर्देश nirdesh : nomination/ /giving direction – referential field. The following sentence: चक्रम् कालस्य अंगम् chakram kaal-asy angam wheel time-of part The usual translation would be: The wheel is a part of time. However this is a complete travesty of linguistic form and destroys the visual sensory process. The Sanskrit sentence has two words in the nomination case – chakram & angam. There is no verbal ‘is’. The word kaal+asy is linked to angam through the sixth case that signifies relationship. Both Kaal and angam are embedded in a multi layered semantic context. Angam signifies an intrinsic limb-body component. Kaal may signify total darkness, dark matter/energy/ and still time-space. 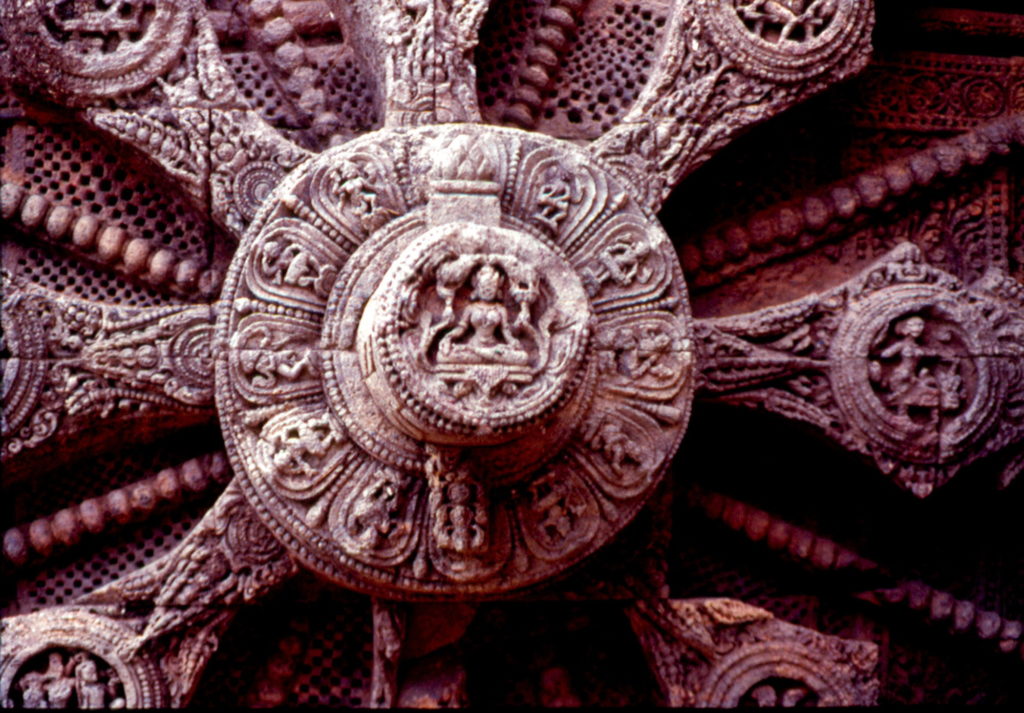 The moment one has a verb-less sentence with multiple nominations, there is complex algebraic equivalence imagery. The image of wheel as a component of time – conjures up a dynamics of movement as spiral. Visualization of movement entails visualization of energy. The Rig Ved has entire cosmologies of revolving light-darkness that invoke this imagery: Ushas/Dyava/Suryah/Surya based on the chakram/wheel and chariot moving across space. In the case of the devi, Ushas her chariot has 3 wheels and 7 mares/ashva(dynamic principle).  I will not go into the decoding of this 3x7 equation but the basic point is that of visual geometry. Meanwhile Konarak’s  Suryah and Chaaya/shadow temple have elaborate imagery of the chakram  despite being a few thousand years apart. However this imagery does not define all of kaal-time but the emphasis is only on the wheel-chakram as an intrinsic component. On the other hand if one were to use the compound word of kaal-chakram without angam, the emphasis would be on the specifics of the compound combination. Linguistic visualization is a different kind of cognition. It is not based on ideational reduction by fixing syntax and meaning. There is another kind of cognitional process – of differentiated perception akin to using different lenses to shift points and ranges of focus. The case function of nomination is not to fix a subject but to map out an inner visualization/dhyaan/meditation.  Hence the form of naamvali (multiple names of cosmologies). Kaal chakram kaal ratri kaal karali etc. These are also acoustic strings – often both chanted and rendered in the राग raag musical form. Synaesthesia, sensory resonance, visual architectures are only some of the components of this kind of linguistic passage from formless thought. The more precise the formulation the more amplified the linguistic resonance.
Next article: Of Dastans and Telling Tales
Giti Thadani studied several languages – Sanskrit, Hungarian, French, German and Italian. On a visual level worked as a researcher, archivist on ancient temple graphics, figurative and architectural traditions and aspects of experimental cinema. As a visual composer made several silent films for a joint dance performance with Bharatanatyam dance (Vyuti) and Drops from Nowhere with the piano. Had several exhibitions, inter disciplinary seminars on different aspects of the above and the role of different kinds of sensory intelligence.