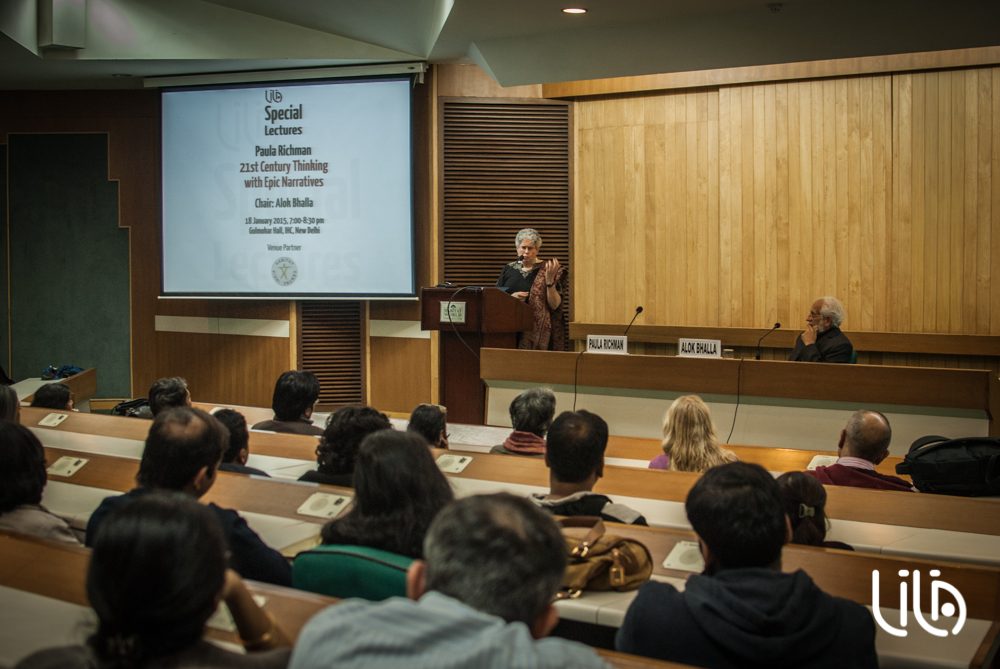 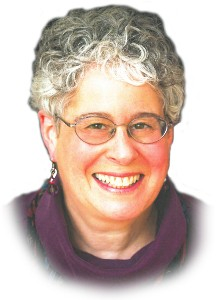 Paula Richman is the Danforth Professor of South Asian Religions at Oberlin College in Ohio, USA. She has published two monographs on Tamil poetry, one focusing on Manimekalai, a 6th century Buddhist epic in Tamil and the other on the Pillaittamil genre in which a deity or saint is addressed in the form of a child.  She has edited and contributed to 3 volumes on Ramayana tradition – Many Ramayanas, the Diversity of a South Asian Narrative Tradition and Questioning Ramayanas, a South Asian Tradition are both available in paperback from Oxford University Press, New Delhi. She is currently working on a project that explores how incidents from the Ramayana tradition have been staged in theatrical genres such as Yakshagana, Kattaikkuttu, and Nangiar Kuttu. Her book on the story of Rama and Sita in Tamilnadu is forthcoming. Dr. Richman has been coming to India for language study and research since 1978.

Alok Bhalla, writer, translator and editor, chaired the evening and moderated the discussion. Alok Bhalla obtained his Maters from Delhi University and PhD from Kent State University, USA. He was Lady Davis Visiting Professor, Hebrew University, Jerusalem, Fellow at the Rockefeller Centre, Belagio, Italy, and at the Indian Institute of Advanced Study, Shimla. He retired as Professor from English and Foreign Languages University, Hyderabad. Since then, he has taught at Jamia Millia Islamia, Ambedkar University and Jawaharlal Nehru University, Delhi. Recently, he was at the Institute of Advance Study at Nantes, France. His recent publications include Wild Verses of Wit and Whimsy: From Alpha to Zeta in 26 Movements, Stories about the Partition of India (4 volumes), Partition Dialogues: Memories of a Lost Home, Cartographers of Hell (on the Gothic Novel) and Politics of Atrocity and Lust (on the vampire tale), books on translation, Garcia Marquez, Ramkatha and Saadat Hasan Manto. In addition to numerous research papers, he has translated Dharamvir Bharati’s Andha Yug, Intizar Husain’s Chronicle of the Peacocks, Nirmal Verma’s Dark Dispatches etc. He used to edit Yatra: Writings from the Indian Subcontinent (6 volumes). 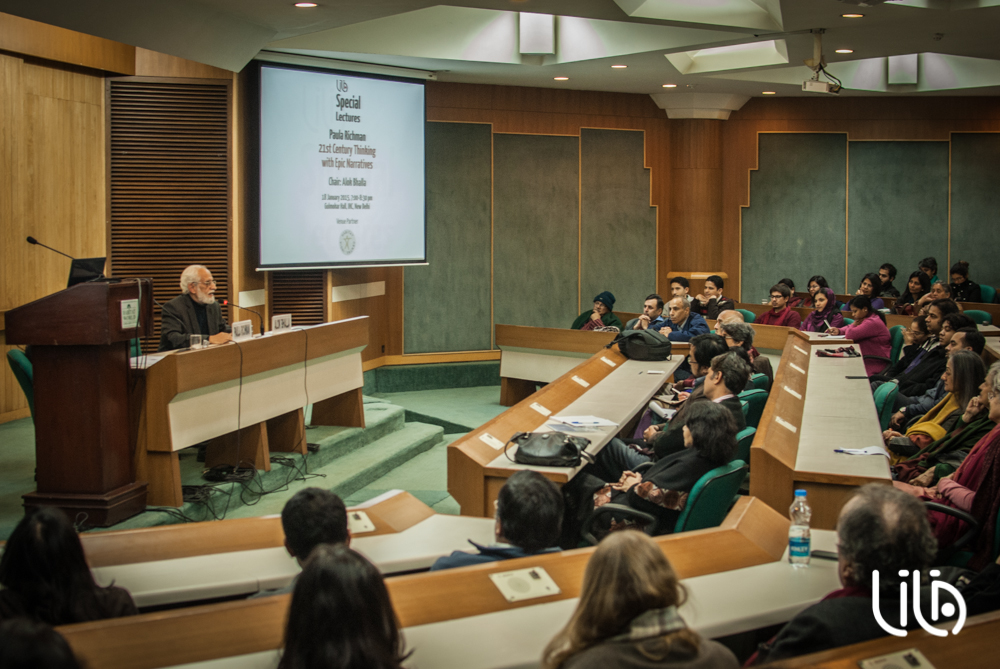 The Lecture: Epic narratives maintain their cultural centrality over time if they are ‘good to think with’. Epic narratives that continue to speak to people today help them reflect upon their ultimate concerns and their relationship to society and the natural world. This talk will explore how incidents and categories in Indian epics prompt us to reflect upon relations between the forest and the city, between ideal actions and complex dilemmas in everyday life, and about the nature of war and violence. 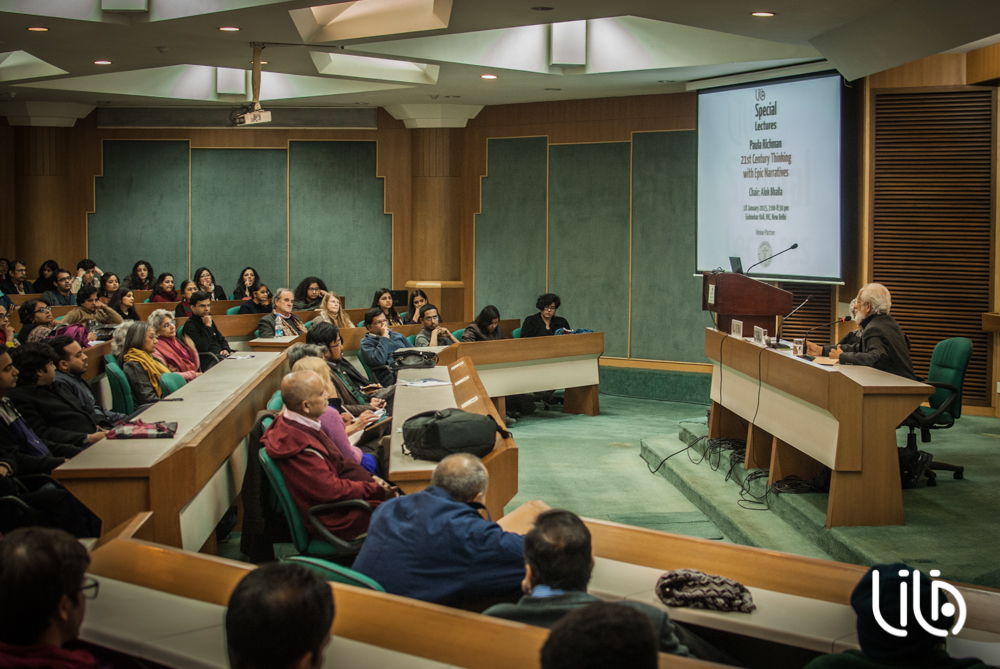 “ ‘Why can’t you be a dutiful son like Rama?’ – here is one common reference to mythology in everyday life that many, many Indians have heard in their childhood.” Paula Richman, acclaimed specialist of the Indian epics, joined LILA once again for a Special Lecture, searching, this time, for the contemporary insights ancient narratives can offer us. “Epics touch us, but too often they do in the form of two extremes: either we want to follow them literally, or we deny them altogether since they are ‘from another time’.” The tension is inherent from the very nature of epics: those stories narrate the lives of archetypes, ideal kings, ideal queens, etc., setting the bar high, indicating the path to an ideal life… but epics also contain very concrete and easily applicable messages, lessons that can help any individual in the small and big questions of life – millennia ago, just as today. Paula Richman’s presentation highlighted a few of these.

A surprising number of episodes from the Ramayana lend to insightful adaptations to our contemporary lives. “Rama and Sita’s exile in the forest can be seen as a symbol of the life journeys that most of us are experiencing today. How many young students must go out of their home town, and often, of their home country, in order to grow through a transformative phase?,” Paula suggested. Often, our motivation to go and explore is like the golden deer of Sita: a misleading lure, but nonetheless a necessary hope, justifying all that the experience will demand. In the process, bodies grow and perspectives mature, and when they return, the Rama-s and Sita-s of our times have indeed changed in many ways.

The Ramayana tells us more than perennial lessons on human existence. It also envisioned sensibilities that most of us would consider uniquely modern. “The story of Shurpanakha, in the Telugu version of Volga, tells us of an old woman living secluded in a plant nursery.” But Sita sees more in her than the symbol of social exclusion: “it comes at a moment in Sita’s life that we now call ‘empty nest syndrome’! This story teaches us that the tragic ending is not the only possibility: a life of passion and enrichment is accessible to all.”

Ancient epic narratives can even shed lights on aspects of the contemporary evolution of politics, justice and rights. Paula Richman mentioned a passage from the Mahabharata, condemning the abusive practices of those meant to ensure the law. “Where else would this discourse be relevant, today, than in the US? Ferguson has shown all the harm that an over-militarised Police can do.” According to Richman, this condemnation of violence is none but the final lesson of the Mahabharata. “In popular culture, the Mahabharata is often seen as ‘the cool war epic.’ But there is nothing cool about it, and that is clear from the story itself! At the end, it is an epic about the disillusionment of war. Everybody is devastated. There are so many deaths that one cannot even wish to be the king anymore. Only one feeling remains: that this should never happen again.”

Only a long acquaintance with the many variations of ancient epics, such as Paula Richman’s, can give one the scope to draw all these connections. Her presentation was keenly enjoyed by a full house. Historian and writer Alok Bhalla chaired the evening. His engaging introduction placed the reflection against the backdrop of recent misuses of epic narratives: “today, we confuse story and history,” he commented. How, indeed, to retrieve age-old lessons of wisdom, without modifying them for the sake of contemporary ideologies? The spread of epics over cultures, through centuries, permits this organic growth. Paula remembered the role of mothers, introducing stories to make children eat their dinner, while Alok reflected on the importance of the summaries placed in the beginning of each epic. Across the audience, personal memories and interpretative hypotheses were discussed to further find in epic narratives the sources to think in the 21st century. 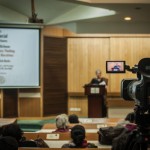 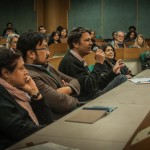 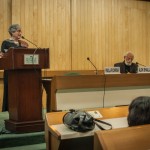 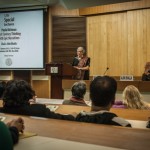 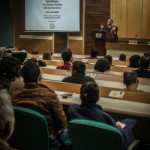 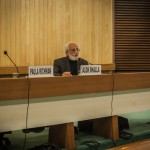 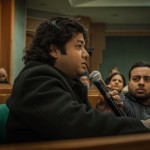 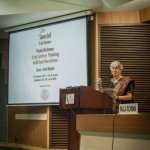 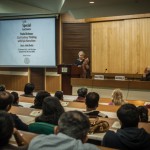 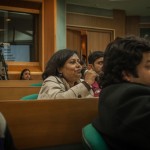 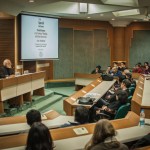 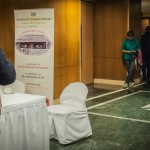 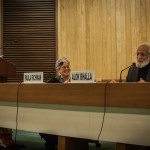 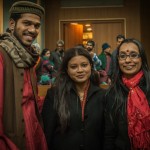 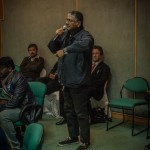 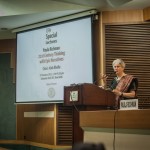 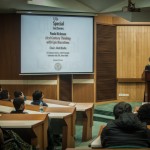 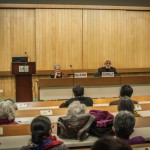 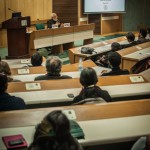 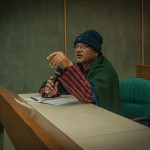 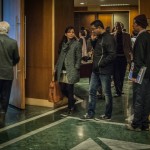 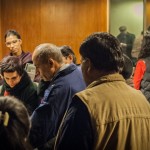 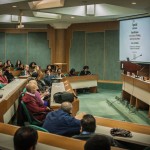 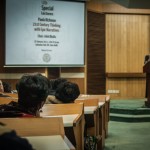 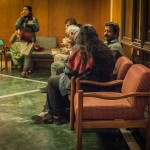