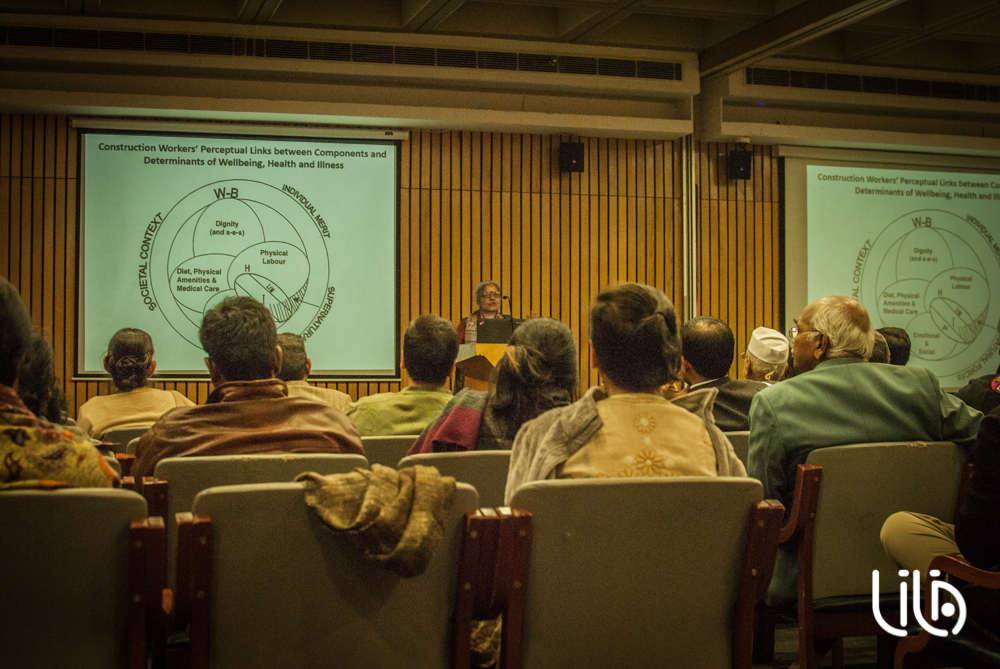 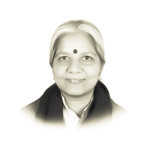 Ritu Priya Mehrotra, a medical graduate with a doctorate in Community Health, is currently Professor at the Centre of Social Medicine and Community Health, JNU, New Delhi. Her work links epidemiology, popular culture, political economy and health systems analysis for developing an understanding of ‘health culture’ as well as drawing upon it for a contextually suited health systems development policy. It has been specifically focused on the politics of knowledge between healing systems and between experts and laypeople; health perceptions of dalits and other marginalised groups; urban health; nutrition and communicable diseases. She has been Advisor (Public Health Planning) with the National Health Systems Resource Centre under the National Rural Health Mission, and also been actively involved with the people’s health movement in the country for over three decades.

Savyasaachi, Head of the Department of Sociology at Jamia Millia Islamia University, Delhi, chaired the lecture and moderated the discussion. His work has focused on the ecological and environmental dimensions of sociology and political economy. 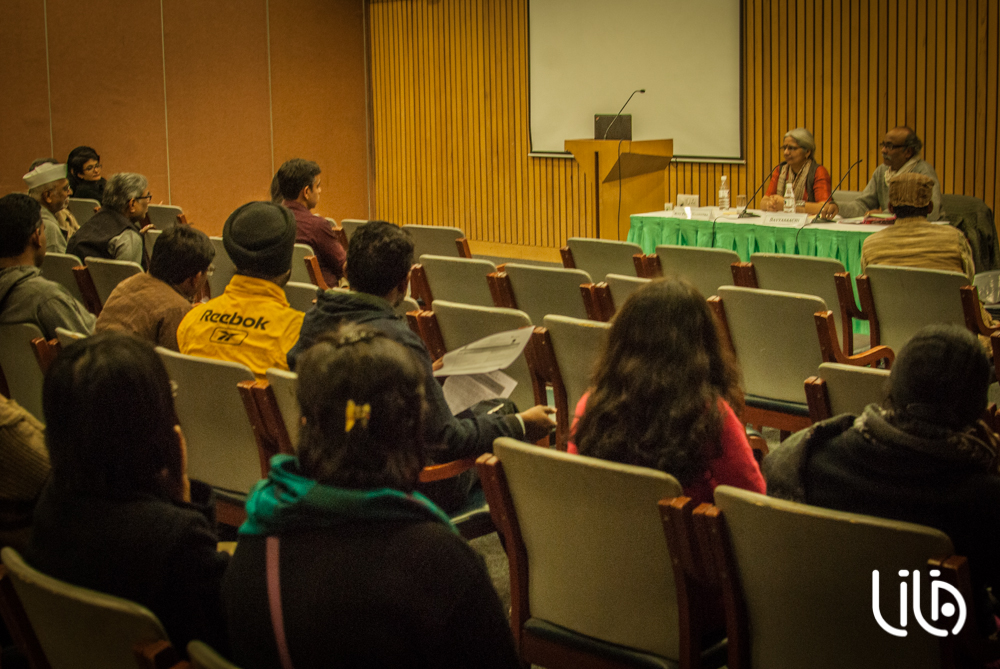 The lecture: Contemporary literature views health culture in three distinct ways. The earliest and most pervasive is the colonial anthropologists’ view, as the beliefs and ways of dealing with health problems of the primitive, under-developed communities that are resistant to change and whose ‘culture’ is therefore static. Secondly, the developmentalist’s view, as the behaviours and perceptions of lay people of any community or society, under-developed or developed, that change with access to technological development. And more comprehensively, holistic public health views health culture of any society as a complex of the forms of both expert and lay knowledge(s), institutions that diffuse the practice of that knowledge (such as hospitals/health centres/community health care providers/international health programmes), and ways of dealing with health dimensions beyond direct health care. This third comprehensive understanding of ‘health culture’ challenges us to explore the continuity and change manifest in the multiple knowledge systems and practices present in ‘pluralistic health care’ existing in contemporary India, and indeed in the world. This lecture attempts to trace the continuities and convergences in the multiple knowledge traditions existing simultaneously in the present, from the local folk traditions to the officially recognised textual traditional systems, to conventional ‘modern medicine’ and public health, and on to their advancing frontiers. Interspersed with disruptions and divergences, a non-linear progression of knowledge and practice is evident in the cultural continuities. It is up to us as a society to make sense of this complex plural health culture and celebrate the continuities and disruptions, the convergences and divergences, which contribute to health, happiness and wellbeing. 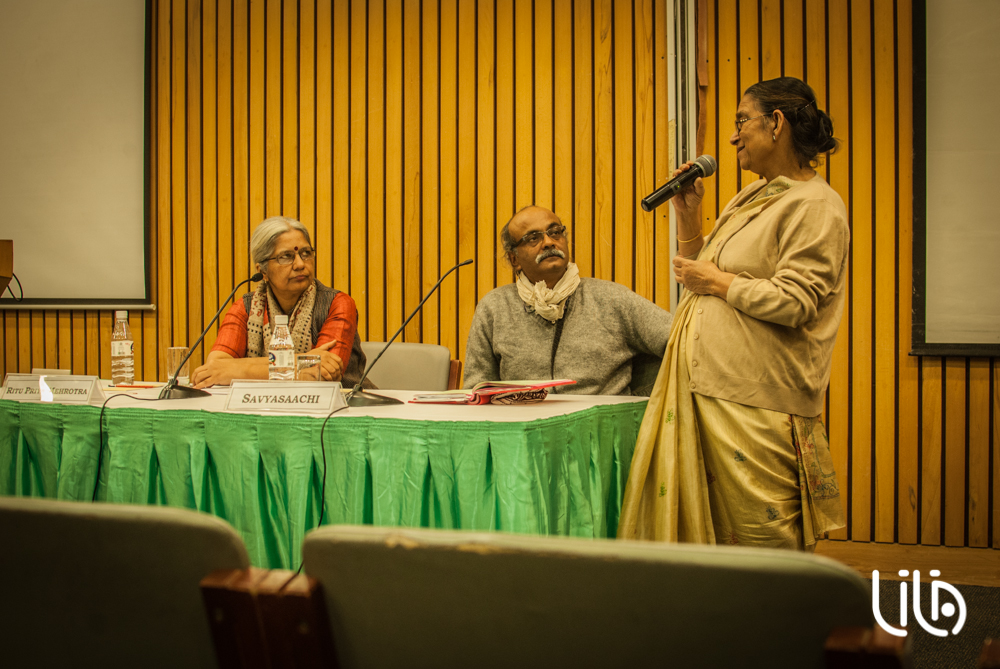 “Health culture is not just medical culture. It is larger, wider. Looking at health culture, it is understanding that health has always been the primary centre and concern of civilisations.” Disciplinary fields, spaces and times were transcended on December 11th, as community health practitioner and Professor Ritu Priya Mehrotra argued for ‘Health Culture as Continuity’.

“This is how we moved along, growing, properly, a sense of health care. Communities evolved, developing technologies to complement the environment, in support of the basic health requirements. Then only, power structures and social stratification happened.” In this long process, phases of biological plateaus permitted further developments: “slowly, a biology-culture balance is arrived at. The community benefits from a low endemicity… till new disturbances arrive: revolutions, invasions.” In our world history, those disturbances have reached the level of cultural symbols: “the quasi-total eradication of American Indians with viruses; industrialism bringing new illnesses; the globalisation of HIV-AIDS.”

An approach connecting and enlightening both the past legacy and the present challenges of humanity, the prism of health culture remains also underestimated as three specific angles divide and weaken its scope. “British, colonial anthropology limited health culture to the primitive backwardness of traditional formulae. The hospital culture of today’s middle class is sceptical of the effects of traditional medicine. And many traditional experts of a ‘holistic’ medicine are resistant to chemical medicine.”

The policy makers of Independent India have extended this triple division: “Nehru was with the international state of art medicine, the Chopra committee propounded a religious-tied traditional medicine, and Gandhi hoped for a bottom-up spread of health knowledge.” While the first trend seems predominant, its actual role in the increase of health conditions and life expectancy in the last century is still questioned by multiple scientific studies. Nonetheless, it continues bending over the fine balance of the whole: “India is the country that recognises the highest number of medicine systems. But it is a situation of undemocratic pluralism: certain approaches get more attention, more funding, and more recognition. Today, it is a dialogue between those various traditions that is urgently required.”

Ritu Priya Mehrotra presented a dense picture, and suggesting the possibilities of bringing together the many facets that form our health culture(s). Savyasaachi, Dean of the Department of Sociology in Jamia Millia Islamia University, Delhi, chaired the lecture. “I heard of these groups of workers who would measure the healthiness of individuals not on sheer force, but on resilience: how much time to recover from work, how long to recover from illness. Health is a total consideration.” The diverse audience, counting students and health practitioners, seniors and even a Member of Parliament, continued the exchange through a series of concerned engagements. 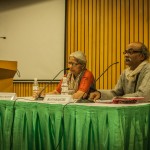 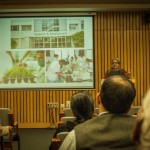 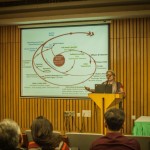 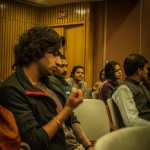 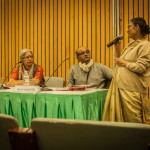 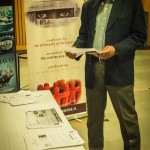 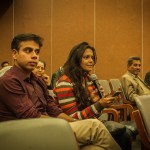 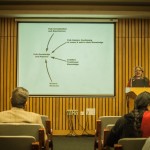 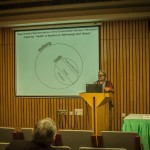 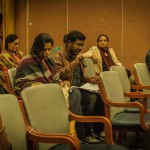 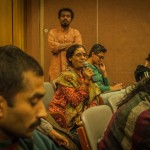 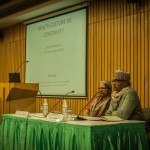 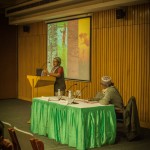 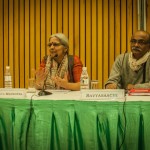 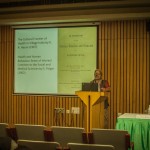 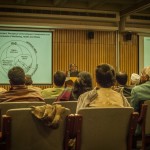 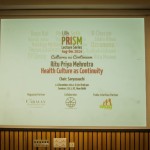 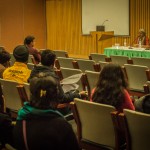 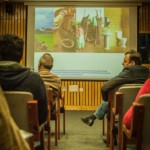 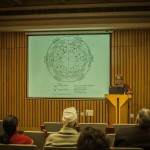 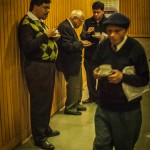 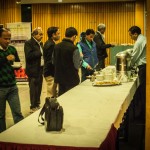