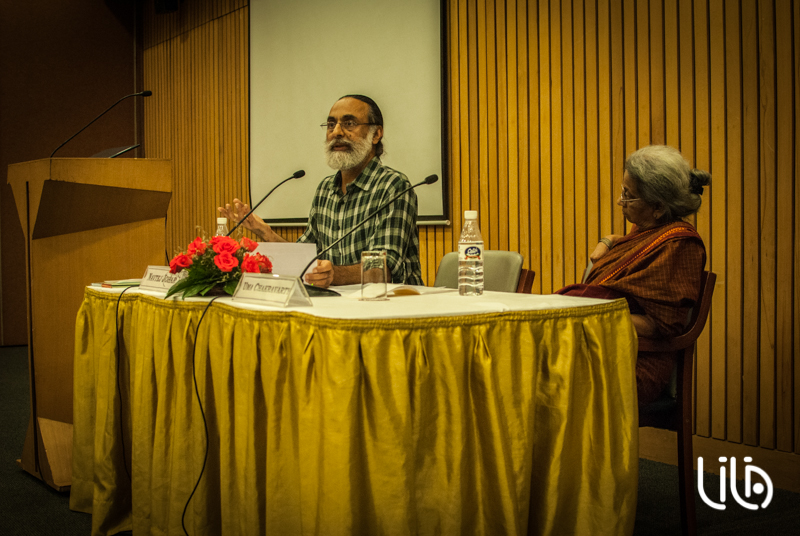 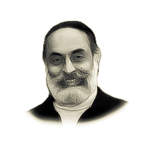 Navtej Johar is a Bharatanatyam dancer, choreographer and a yoga exponent. Founder of Studio Abhyas, New Delhi, a nonprofit organisation dedicated to yoga, dance-theater, urban activism and the care of stray animals, he trained in Bharatanatyam at Kalakshetra, studied yoga at the Krishnamacharya Yoga Mandiram, Chennai, and critical-studies at the Department of Performance Studies, NYU. Johar’s work draws on plural vocabularies of Bharatanatyam, yoga and physical theater, and seeks to examine the physical, aesthetic and spiritual traditions of India within the discourse of its multiple nationalisms. A recipient of the Charles Wallace and the Times of India Fellowships, he is currently a fellow at the “Interweaving Performance Cultures,” International Research Center, at Freie University, Berlin.

Uma Chakravarti, independent historian, chaired the session and moderated the discussion. She is a Professor of History, having taught at Miranda House College for Women, Delhi University for 42 years. She writes on gender and caste in India, and her publications include Rewriting History. The Life and Times of Pandita Ramabai (New Delhi, Kali for Women, 1998). 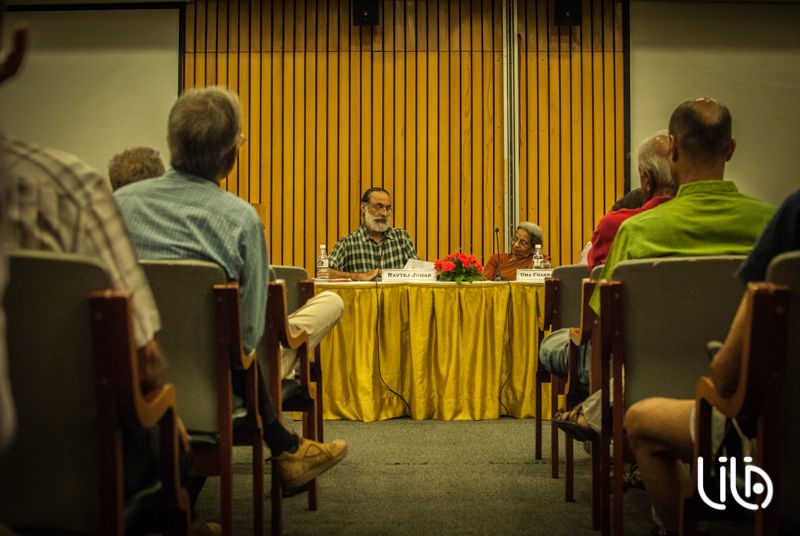 The lecture: An Unquiet History of Stillness – This presentation shall attempt to trace the spiritual practices that involve the body, i.e. yoga, dhyana, plus all the arts, to the materialist philosophy of Samkhya, insightful on two accounts – its careful steering clear of any doctrine, and its sophisticated process of distilling matter into spirit. Spirituality, as real and profound an experience it may be, has never been an innocent affair. Thus, apart from specifically the yogic practice, I will also dwell upon the imperceptible manipulation and perhaps deliberate obfuscation of the radical idea – the spiritual possibilities of the purely, physical body – through the interlacing of prevalent mainstream doctrines into its central argument. The paper will also talk of the paradigm shift in the history of spirituality where dukkha is replaced by sukha as a means of attaining higher spiritual aims. 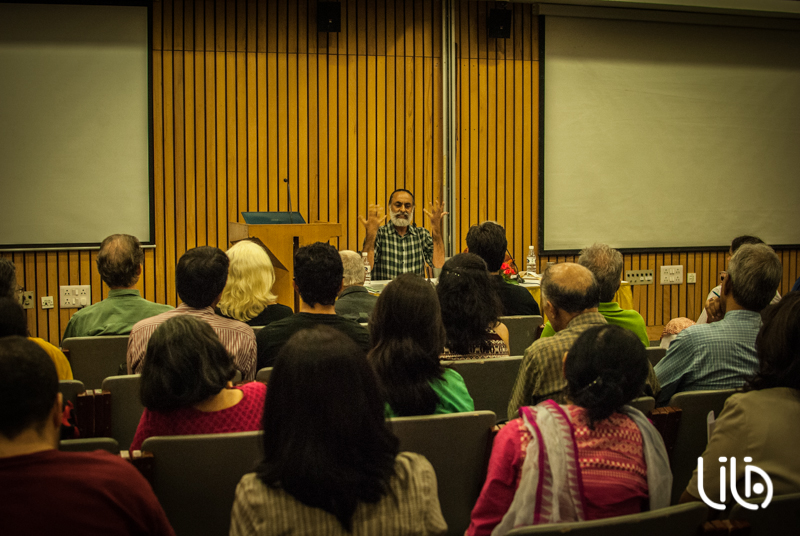 “There are some questions on Yoga that a practitioner such as myself needs to air.” For the sixth event of the PRISM Lecture Series 2014, Navtej Johar delivered a talk that was enlightened and scholarly, but also oriented towards very concrete and quotidian concerns. “In my teachers, in my students, I can see how much Yoga creates Sukha, happiness – it is tangible, evident. This state permits to maintain the moderation of Sattva, surfacing between the creative dynamic of energy and exhaustion that makes Yoga. But, what happens when we block the depth of this Sukha? Yoga creates happiness, but we don’t let it sink. It turns into a dusty carpet we throw in the air – the dust goes off for a little while, until it comes back in another configuration.”

For Navtej Johar, this blockage in contemporary physical practices of India stems from a larger historical tension: the difficulty for the marginalised materialist schools to resist intellectual incorporation onto the dogmatic and theistic branches of Brahmanical-Hinduism. In the eight century BCE, two groups initiate this movement of resistance: Charvaka, and Samkhya. Soon after, Buddhism and Jainism, in the sixth century BCE, expand the effort of an intransigent critical check on the Vedic inspiration that slowly impregnates the majority of cultures across the sub-continent. “But what I want to do, is to try to draw the genealogy of Sukha in Indian philosophy.” Indeed, the materialist schools progressively developed an alternative method to reach the suppression of suffering: not one based on Tapas, sacrifice and self-affliction, but privileging Sukha as an equally valid path and motor to liberation.

The Yoga school is one of the traditions adopting this second approach, but its relation to the dominant philosophical climate remains ambiguous. The first chapter of Patanjali’s Yogasutra is clearly Buddhist, insisting on the practice of Dhyana or meditation, as a response to suffering, stemming from the very bodily state of Trsna, craving. But the second chapter is influenced by Vedantic thought: the cult of Isvara is presented as the response to the fundamental human condition of Avidya, ignorance.

It is the richness of this double possibility that makes the Yoga tradition unique. “To reconcile this tension, I found one key word: va, or. Patanjali offers a choice; he prepares a middle path, a bridge between traditions.” For the first time, a spiritual project posits at its heart a choice that each practitioner will have to address individually.

Historian Uma Chakravarti, who chaired the event before a full house, concluded a long and passionate talk. She elaborated on the rapport between Charvaka, Buddhism and the Vedic schools, and commended the speaker’s effort to seek the roots of contemporary challenges and hindrances in the earliest exchanges that animated the history of thought in India. 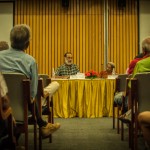 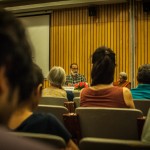 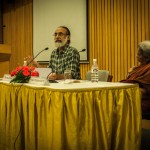 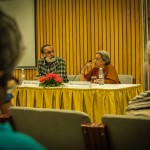 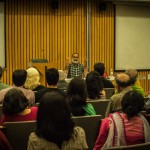 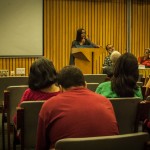 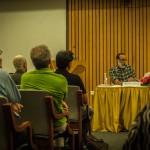 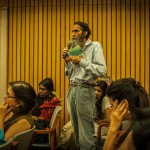 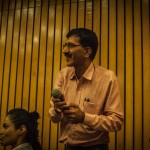 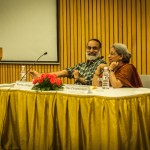