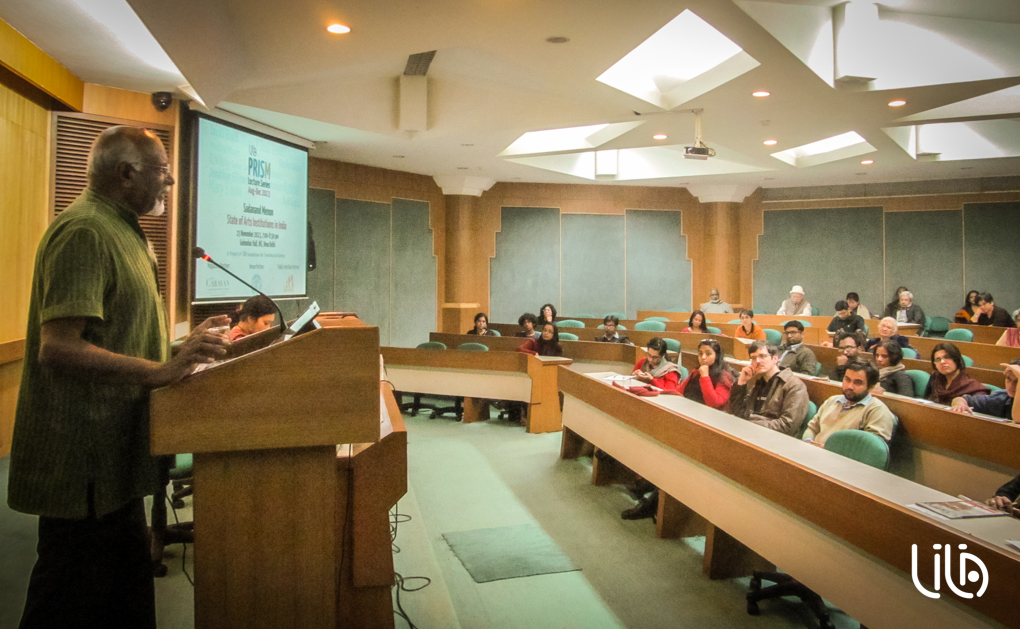 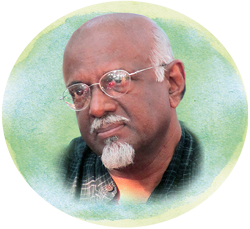 Sadanand Menon has been exploring the charged space linking politics and culture for several decades through his work in media, pedagogy and activism. He is currently Adjunct Faculty at the Asian College of Journalism, Chennai, and at the Humanities Department of IIT, Madras. He is member of Apex Advisory Panel, National Museum, Delhi, of Apex Advisory Committee, National Gallery of Modern Art, Bengaluru, of Lalit Kala Akademi, Delhi, of the General Council, Indian Institute of Advanced Study, Shimla, and Managing Trustee of SPACES, Chennai. Among the several exhibitions he has curated is a major counter-historical fifty-year retrospective of the late Dashrath Patel for the National Gallery of Modern Art, in Delhi and Mumbai. A long-time collaborator with radical thinker/choreographer Chandralekha, he is deeply involved with issues connected with critical practices in contemporary Indian dance.

Anita Cherian, teacher of English at the Indraprastha College for Women, University of Delhi, introduced the speaker and moderated the discussion. She has a PhD in Performance Studies from the Tisch School of the Arts, New York University. In the past, she has been a Fellow at the Indian Institute of Advanced Study, Shimla and a teacher of Media Studies at the Asian College of Journalism, Chennai. Her research interests are in the areas of cultural policy and cultural studies, theatre history, performance studies, and cultural labour under the regimes of neoliberalism. At present, she is finishing up a manuscript on the institutional production of a ‘national’ theatre in the years following independence. She has also begun work on a new project that examines cultural policy making in the time of globalization. 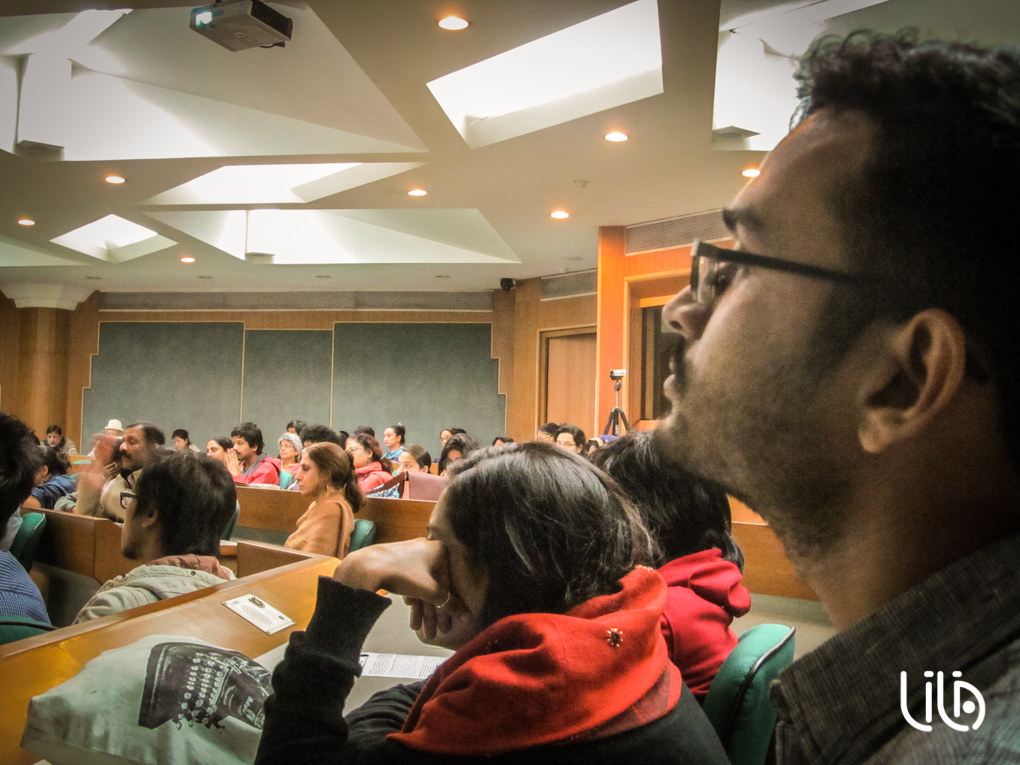 The Lecture: “A Ministry of Culture? God forbid!” Kamladevi Chattopadhyaya had exclaimed in mock horror at The Drama Seminar organized by the Sangeet Natak Akademi, Delhi, in 1956. Five decades later, one might be permitted genuine horror over mock horror at the goings on in the hundreds of ‘arts’ institutions under the Ministry of Culture. There is a pervasive sense of break down and dysfunctionality afflicting these bodies on the one hand and the real crisis of finding the right people to run these institutions on the other. At the same time there has been a fecund sprouting of privately owned and run ‘arts’ institutions across the country, which, while adding to the cacophony, might not still be the panacea that the situation requires. However, now there is a lurking suspicion that the State seems to be in a hurry to push the arts into the private domain and wash its own hands off any commitment and responsibility in that domain. The talk will explore the implications of these developments. 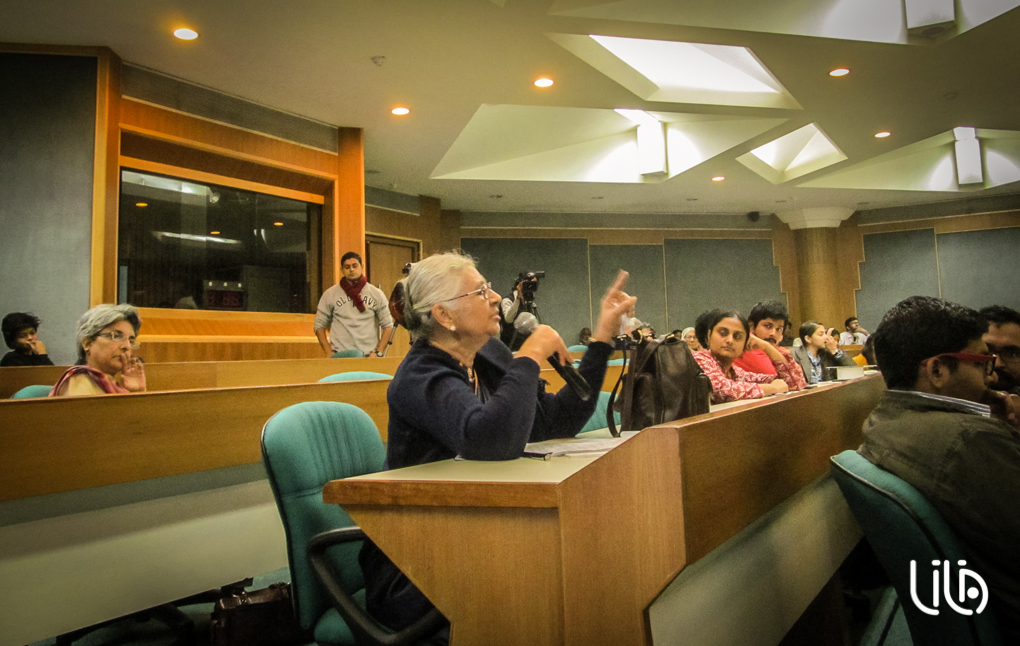 Sadanand Menon provocatively opened a puzzle box for us, while speaking of the state of arts institutions in the country. Some of us are still reflecting on the tensions he articulated.

Sadanand began with a reflexive question, ‘what makes me a part of the moribund arts bodies of the State?’. A brilliantly layered lecture followed, focused on the dangers involved in the political construction of various cultural fields – forms as well as institutions – promoting a homogenized the idea of national culture. The measures to ‘protect’ the country’s unity in diversity, paradoxically result in the erasure of the voice of the conflicts integral to creative expressions, and in turn send all diversities into exile from the ‘united nation’ of the arts. This ultimately results in the establishment of a machinery that continues the customary without confronting the radical; it regulates people’s spontaneity, weakens institutions from within, and abdicates all forward-looking perspectives.

As Sadanand talked of his protestant hope in a way of answering his initial question, he brought home to us the need to adopt a double-edged strategy to wrest the arts away from the enervating touch of officialese on the one hand, and to rescue them from the manipulation of a no-holds-barred market on the other. Since the government department itself seems to have now resigned to the incursion of the market as the new regulating agency, an engaging debate  is due on an attempt at the reclamation of the State institutions as a bulwark against the rapacious market.

Anita Cherian, whose conducts research in the areas of cultural studies and cultural policy, served as Chair. She made some insightful observations vis-a-vis the issues Sadanand raised. The Q&A hour also saw some very significant questions and comments on a variety of themes: the practice of arts in our times, the means to financial sustainability of the artist, the artificial categorizations of the arts that result in various types of marginalization, the narrative of limitation that often becomes the content of the protestant art sites themselves, and the need to find organic ways to extend the transformative discourse to newer sites. 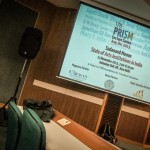 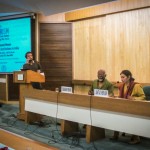 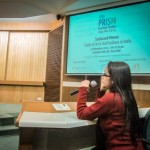 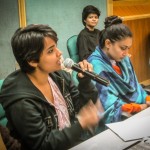 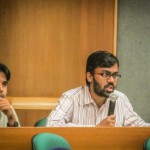 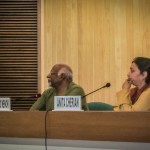 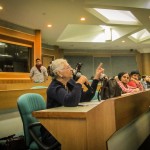 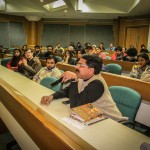 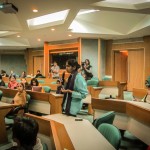 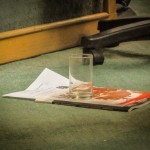 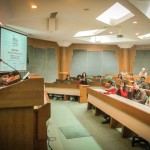 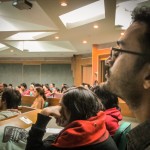 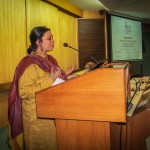 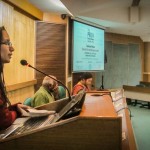 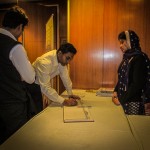 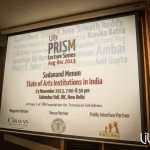