Master Nicholas Packard was born in America, and has lived and worked in many parts of the world, including India, Italy, China and Thailand. He has trained with masters in China in the philosophy and practice of Tai Chi Qigong. He studied Tai Chi with the Grand Master Gaoyang Meng, a Taoist priest at Qingyang temple in Chengdu, Sichuan China. He has learned the Sun Style Tai Chi from Grand Master Meng. He has also studied with the Tai Chi Master of the Yang lineage, Yongqiu Xiao. Over the years, Nicholas has helped many sick people from all over the world employing Chinese Qigong methods of healing. Most recently he has been giving Qigong/numerology workshops in India, Taiwan and Thailand. Nicholas has also established a non-profit organization in the United States, called The Tao of Holistic Living. 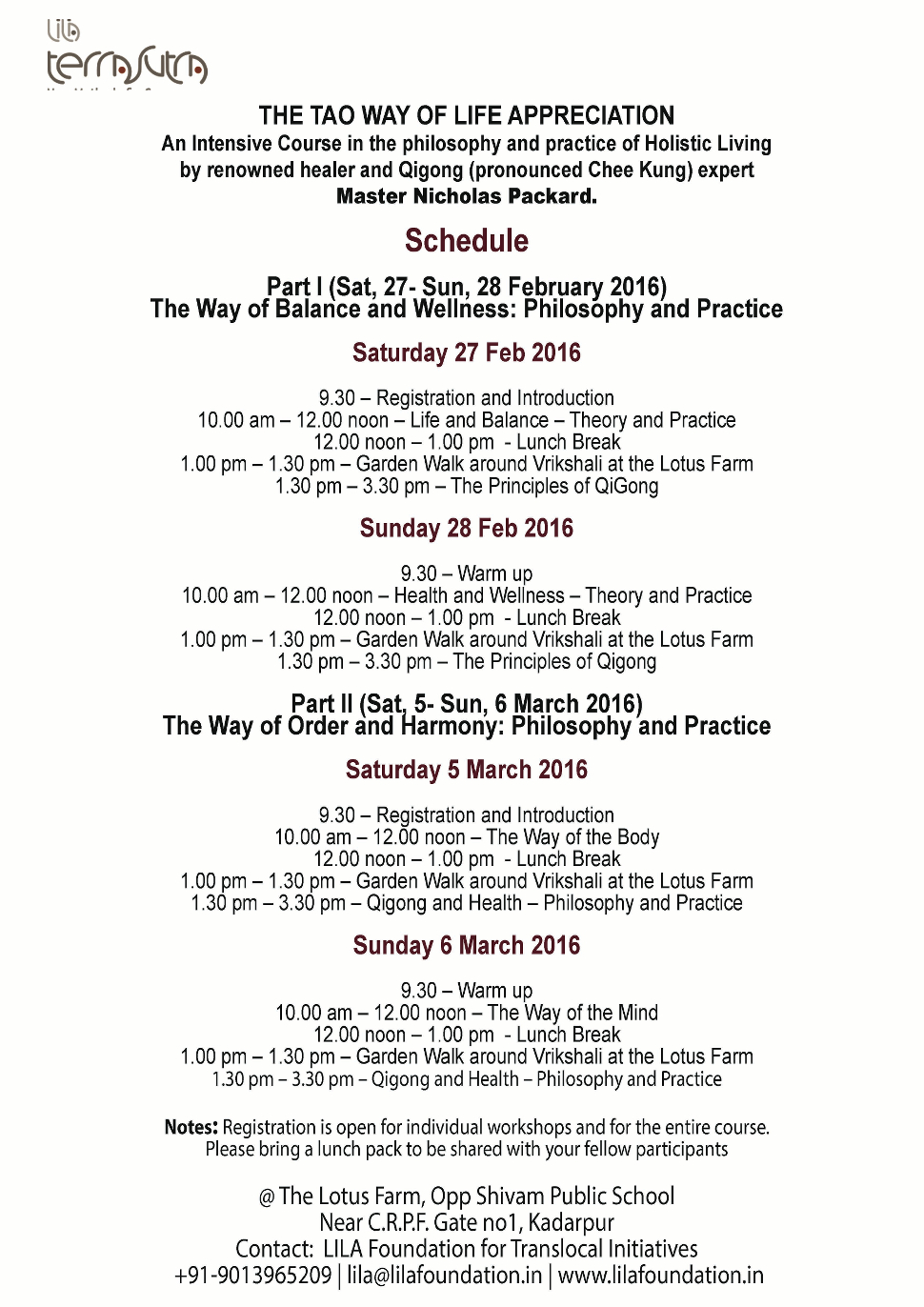