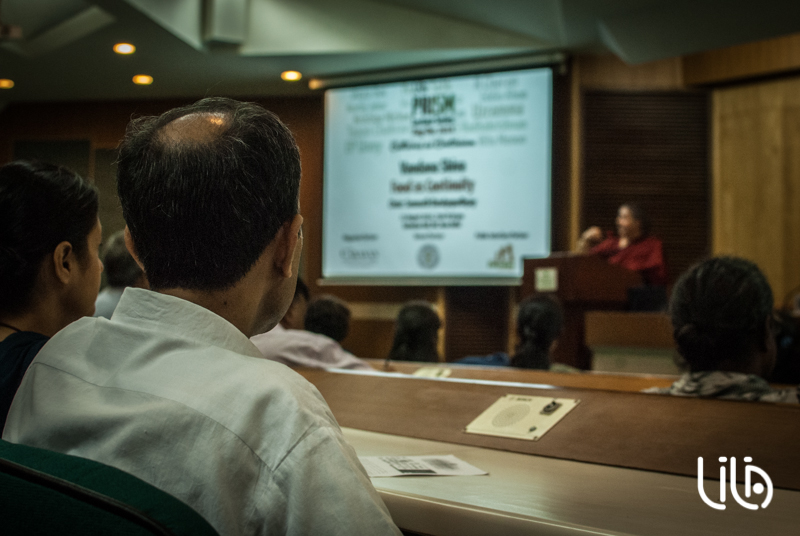 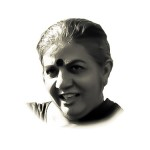 Vandana Shiva is a trained physicist and an inter-disciplinary expert in science, technology and environmental policy. After founding the Research Foundation for Science, Technology and Ecology in Dehradun in 1982, she created Navdanya in 1991. This national movement, aiming at protecting the diversity and integrity of living resources and promoting organic farming and fair trade, served beyond half a million men and women farmers in two decades. She is an acclaimed and awarded teacher and author, a recognised activist and an acclaimed communicator. Dr. Shiva had held board positions in various government and state-based committees. Beyond India, she has campaigned internationally on issues surrounding biotechnology and genetic engineering but also on the general upliftment of the woman’s condition across the globe. She serves on Prince Charles’s expert group on Sustainable Agriculture, she is a member of President Zapatero’s Scientific Committee in Spain, and she is now working with the Bhutan government.

Somnath Bandyopadhyay, Senior Advisor for Research at the Centre for Civil Society, chaired the lecture and moderated the discussion. His work has focused on environmental policy as well as economic and financial development planning, both in research and in execution, in the governmental and non-governmental sectors. 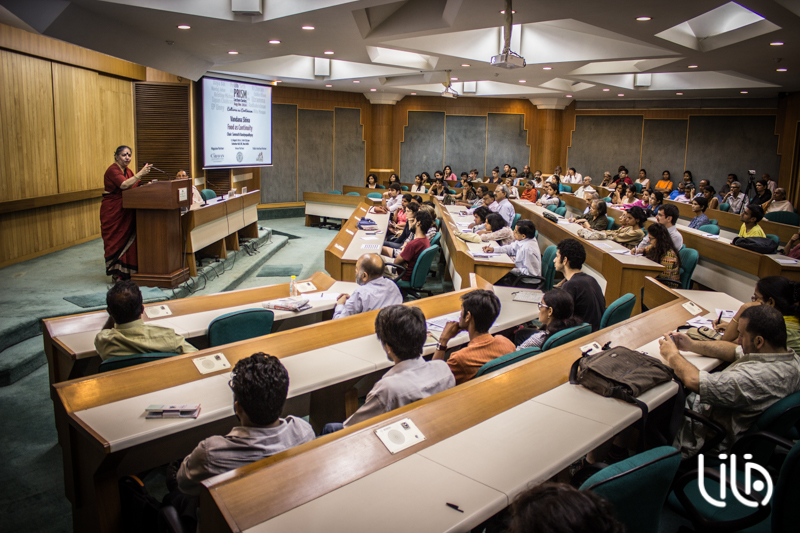 The lecture: There are 3 imperatives for the continuity of food. First, food is the embodiment of nature’s processes, and ecological laws have continuity. Second, food is nourishment and health – the laws by which the metabolism of our bodies is maintained have continuity. Third, food is culture – culture is change with continuity. Today, discontinuity and rupture related to the food system is leading to major disruptions and dislocations in ecological systems, health systems, and cultural systems. This lecture will address these disruptions, but also food movements like Navdanya, which are shaping a food system that protects the Earth, our Farmers, our Health, and our Diverse Food Cultures. 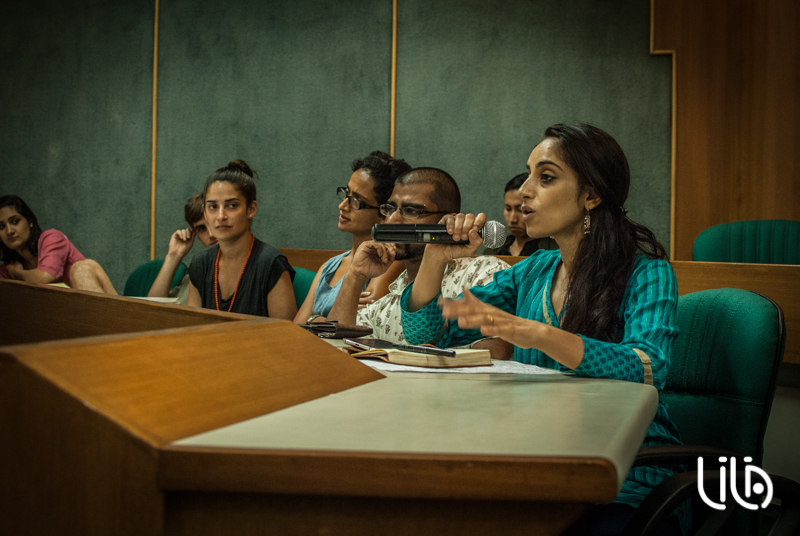 Opening the second edition of the LILA PRISM lecture series, Malaysian puppetry conservationist Eddin Khoo had reaffirmed cultures, history and memory as the subversive forces to political shortsightedness. In this second event, ecology activist Vandana Shiva forwarded the confirmation of cultures as the main force of continuity. In fact, Vandana Shiva’s response was but inevitable: it is only in the last four centuries that the word ‘culture’ shied away from its initial meaning – cultivation, growing soils – to the establishment of a cardinal metaphor: human culture as the cultivation of the mind, of manners, of practices. Not only could humanity sprout through agricultural innovations, but the very elaboration of cultures, traditions, customs also followed the paradigm of nature. And at the heart of culture, of cultivation, is food. Food is life. In Sanskrit, Pran means rice, and life.

India has been for millennia the centre of food diversity. Cultures like mango, banana or rice should be, especially today, the pride of the region. There are 20,00,00 varieties of rice in India. The UNESCO has recognised Italian food as world heritage, but their diversity is very poor compared to that of Indian food. A single thali counts no less than twenty different grains and plants. There is a sense of creativity in India, which has made traditions take so much from fundamental ingredients. Of the banana plant, we eat the flowers, the stocks, and the banana itself… We have a treasure in our hands, and not only do we not recognise it, but we give it away to fundamentally problematic industries. We break the continuity – continuity of areas of habitation across centuries; continuity of the crops growing in those regions; continuity of food’s fundamental basis for our very sustenance and survival.

The continuity of food is first a biological one. Food is necessarily the symbol of biological continuity. It includes water – water of yesterday, water of today. It also counts the soil, its fertility, its organisms. But also the sun and its rays. The continuity of food is the continuity of biodiversity. And it reaches us too! Food is a network of social relations. Ancestors, contemporary populations and generations to come connect through their food. This is not mentioning the very fundamental fact that food makes us… literally. We are made of our food. We have blood, we have cells, we have a brain, because we eat.

Vandana Shiva did her doctorate in quantum physics. Why? Quantum physics breaks the very logic of discontinuity. It transcends, it subverts the attempts to see divisions, separations. It reasserts the reality of truth in our vain attempts to seek certainties. This would become a great lesson, a big inspiration for her entry into the world of ecology and food policy.

This time was also one of a greater cohesion. Till twenty years ago, our food was in continuity. Continuity does not mean stagnation, but the maintenance of the system. Just like the human body maintains its continuity even though its fifty trillion cells are permanently dying, leaving place for new ones instead. The disruption of food’s continuity has far reaching consequences. The first implication is ecological. The figures of the industrial system, and its impact on the environment, are shocking. In India, 90% of water is wasted. Back in the days, every part of India, every community, even in the driest parts of the Rajasthani deserts, had ten feet of water. Then, the Green Revolution happened. Western countries attempted a humanitarian plan based precisely on imposing non-indigenous products to populations absolutely unfamiliar with these. Punjab lost most of its food culture in this process. And ten times more water was required, simply to dissolve the chemicals. Now, that state is out of water. Worldwide, 75% of water today is abused and misused.

How much biodiversity has been lost because of industrialisation? In 1975, the assessments were of 75%. Shiva’s assessment today is far more alarming: 95%. We have almost lost everything. Industrial farming based on chemicals is based on uniformity. Food is transformed into non-food by the system. And when a food system is turned into a non-food system, it does not produce nourishment. India may be the capital of hunger, but it is also the capital of diabetes.

This industrialisation also has vast economic effects. The entire idea of development in agriculture has moved out from the countryside to the city. Today’s food is in an economics of displacement. Out of the one billion of women, men and children in hunger today in the world, half are farmers. And India counts one quarter of these. They go hungry because they have, now, to borrow money to grow their food. And when they have a harvest, the creditors, usually private moneylenders, are waiting at their door to take their productions. The farmers sell for two rupees what they will have to buy ten rupees during the next draught. Every year, Indians are eating less. One out of two children will never be able to grow as a healthy adult, physically and mentally. The GMO-led chemical industry is not providing nourishment. And India is not alone in this situation. In the very heartland of America, one finds food deserts. People receive food stamps, but they only work for liquor shops, where packs of chips and soft drinks are the only ‘food’.

Recent researches have also established that the incredible leap of autism – 35% in one year – could not be genetic, and thus necessarily a by-product of environmental changes. There is a correlation of 99.9% between the graphs of progression of autism, and of the spread of GMO. This is possible, because the discontinuities of food for life have been introduced through the continuities of chemicals for death. It is now a known fact that many chemicals were evolved for the concentration camps, and for war situations, before finding a use in food production. One often hears of fertiliser bombs. The factories that developed those chemicals during wars later became factories of food development. A growing lobby could convince government after government that food needs chemicals.

But perhaps there is one bigger, more serious discontinuity. And it is this discontinuity that made Vandana Shiva start Navdanya in 1987: the discontinuity of seeds. The very nature of seeds is to continue. Beeja means ‘that from which life arises forever and ever, on its own.’ Holding life as a potential is the very nature of seeds. By that time, food industrialists complained they could not make enough profit on food. They had to posit the creation of different products through genetic construction, to justify their business. Navdanya succeeded in establishing state recognition that biological processes cannot be invented. Life is not a machine. Adding toxin into food is not creating life, and in fact it destroys it – it should be a punishable offence. We know what antibiotics provoke – life continues adapting, resisting, silencing what does not fit within it. And this is carried on and on. Genes jump. H1N1 was constituted of genes from three animal species – and such an incredible fact is possible only because there is this kind of inter-species transfer in labs. Those interferences are locked, as the industry imposes intellectual property over natural elements. The industry struggles hard, yet nature resists and transforms. It offers such a resilience in terms of natural varieties – the same resilience of cultures that have managed to sustain their food continuity. Continuity comes from adaptation, and adaptation is the secret of resilience.

In 1987, Navdanya was ready to confront the industrial situation, but its incredible later developments were unsuspected. The establishment of seed monopolies moved a situation where, before 1995, 80% of the seeds were in the hands of the farmers, to a situation today, in cotton for instance, where seeds are controlled by Monsanto at 95%. On this, our public institutions go to sleep. Even local, Indian companies producing cottonseeds get caught in lawsuits and arrangements. The price of cottonseeds has gone up 8000%. Across the world, millions of hectares are being lost to super-seeds. And this creates later effects, like the epidemic of farmers’ suicides. Since 1995, estimates of 300.000 farmers have taken their life away. Few words on these from our political representatives.

There are ways to address the situation and come up with alternative solutions. Navdanya has proposed to create community seed banks. Seeds have always been a common! It would also through a reaffirmation of our ‘forgotten foods’, which, for the same amount of water, provide up to 400 times more nutrition. That is: if we shift from intensely chemical techniques to natural processes.

But there is still a wall ahead of the cause. In the US, the state of Vermont was the first to manage a bill for food labelling. Monsanto sued Vermont – people’s right to know what they are eating was presented as breaking the free speech act of corporations! Investors sue governments when they do what they are supposed to do in a democracy. In India, the WTO has already attacked the food security bill. Only logic in the charges: profits, and trades.

The health of our soil and our health is one continuity. We must reinvent, or rather, remember, our food as continuity, to bypass the English language association of soil with an idea of degradation, of dirt. In all other languages, soil and earth are referred to through the same terms. It is time to reaffirm today’s biggest vocation: growing food. 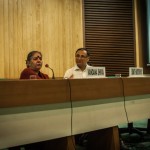 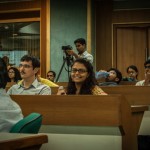 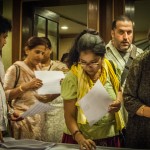 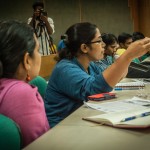 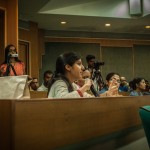 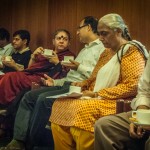 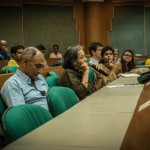 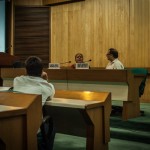 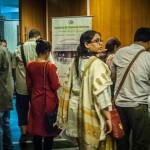 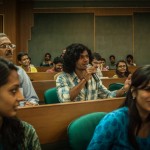 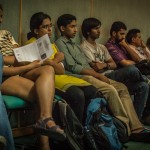 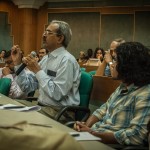 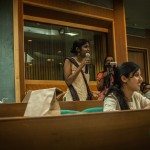 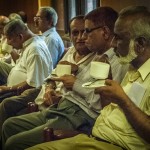 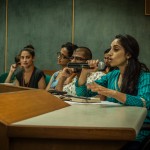 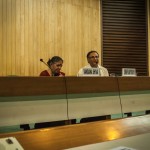 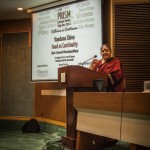 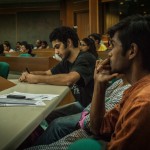 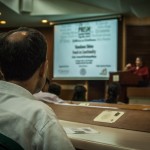 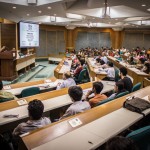 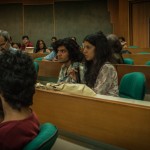